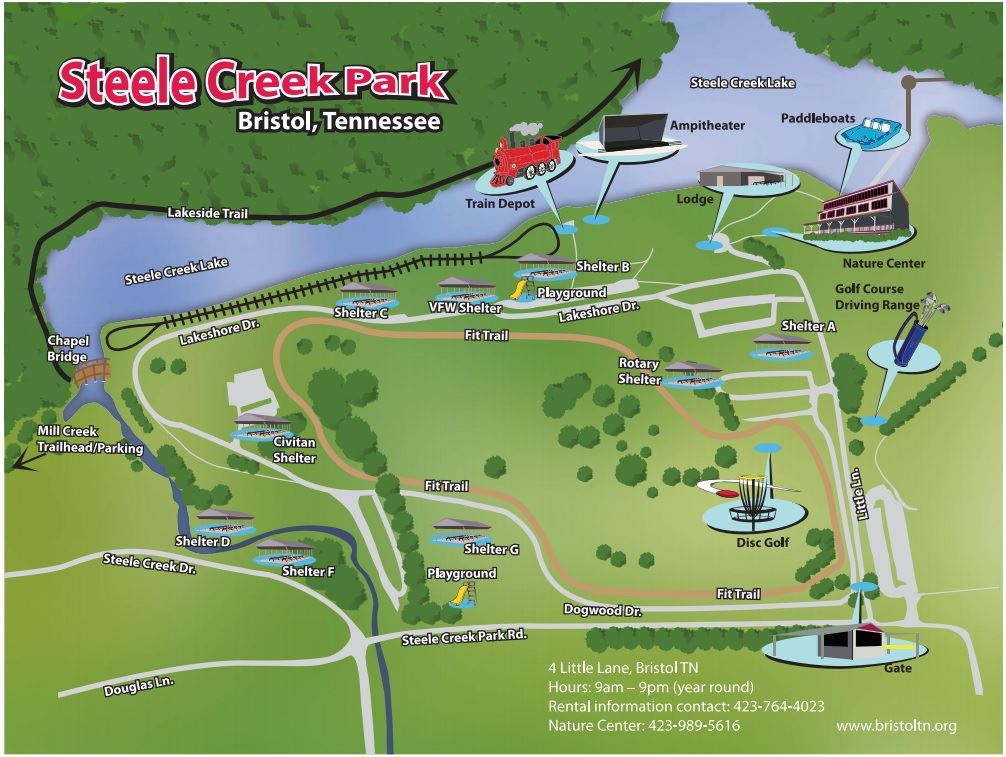 Steele Creek Park is a regional park encompassing more than 2,200 acres. The park's main entrance is located at 4 Little Lane. The park was originally planned as a state park (Watauga) dating back prior to 1936. The planned state park was abandoned in 1945 and the property that had been purchased by the department of the interior was deeded to the State of Tennessee.

In 1961, Mayor Stacy Grayson announced plans to construct a park at Steele Creek. A 99-year lease was approved by the State and later the property was deeded to the City of Bristol. Steele Creek Park opened to the public on June 6, 1964.

Many changes have occurred over the years but many of the original features have remained. As you enter the park you drive under the original gateway. The Lodge and several of the shelters were present in 1964.