It is with sad and heavy hearts that we find a need for this page.

On Sunday, April 20, 2008, Firefighter Chad Talbert, age 31, passed away at his home. Chad leaves behind wife Whitney, son Austin and daughter Cora. He was also the son of Battalion Chief Larry Talbert.

Chad had served as a firefighter with us since March 24, 2003. Chad was a great person, brother, firefighter and more importantly, a friend. He will never be forgotten by his brothers/sisters at the fire department. 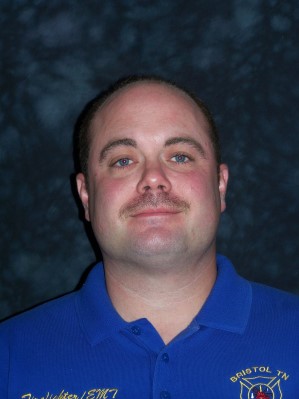 Brother when you weep for me
Remember that it was meant to be
Lay me down and when you leave
Remember I'll be at your sleeve
In every dark and choking hall
I'll be there as you slowly crawl
On every roof in driving snow
I'll hold your coat and you will know
In cellars hot with searing heat
At windows where a gate you meet
In closets where young children hide
You know I'll be there at your side
The House from which I now respond
Is overstaffed with heroes gone
Men who answered one last bell
Did the job and did it well
As firemen, we understand