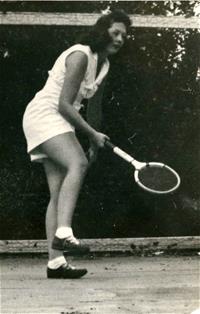 OPEN FOR PUBLIC USE

The Ida Stone Jones Community Tennis Center is a public-private partnership among the City of Bristol, Tennessee, the Bristol Tennessee Schools, the Homer A. and Ida S. Jones Charitable Trust, and YOU!

Funding is in place to build eight state of the art lighted courts at the former site of Central Elementary School. The Courts will be open to the public and maintained as a city park. We now need the community's financial support to properly outfit the courts and build the Bob Helton Building to honor the godfather of Bristol Tennis.

Bob has taught thousands of children and adults over six decades as a teaching professional, and has inspired us all with his legendary success on the courts, winning both single and doubles national championships on all court surfaces over his career, including most recently the 2014 National Champion for ages 75 and older in men's doubles. 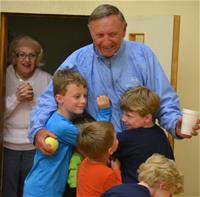 The new community tennis center will serve as home courts for the mighty Tennessee High Vikings tennis teams, and will offer a full range of tennis programming for all ages and skill levels. NJTL of Bristol will continue its forty-year tradition of providing free or low cost tennis programming to all of Bristol's youth at the center. As part of the Jones grant, tennis equipment will be provided and USTA programming will be implemented in the physical education curriculum of each of Bristol, Tennessee's elementary schools, and plans are underway to resurrect the middle school league play as an important feeder system into our championship high school teams. There will be plenty of tennis opportunities for adults with league play (USTA and noncompetitive) and social tennis. In addition, the center will host junior and adult tournaments, and ladders will be maintained for players of all ages and skill levels.

In supporting this project, our city leaders recognize the development of a vibrant tennis community as an essential component of a robust parks and recreation program that will not only promote healthy lifestyles among our citizens, but also enhance our ability to attract new residents and businesses to our city and increase sports related tourism. Don't miss your opportunity to team up for tennis and honor Bob Helton, Bristol's own tennis legend.